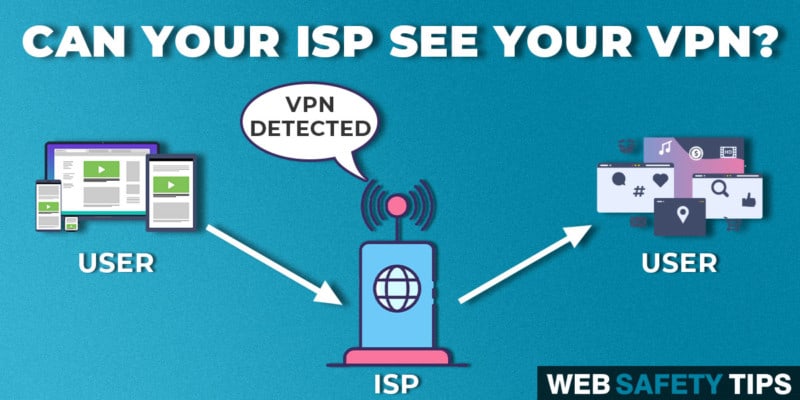 The world of streaming these days gives us access to massive collections of high-quality content. But it’s not without its peril. Nowadays, the Internet gives us access to a huge collection of diverse content. But it isn’t without its dangers. Just as you take care of your privacy in your life outside the Internet, you should do the same online. The last thing you want is for third parties, hackers, or authorities to spy on you. This is why most people use VPNs. But can your ISP see your VPN connection?

This is becoming a more pertinent issue in recent weeks. After all, the main reason why we use VPNs is to safeguard our privacy and to surf the Internet more privately. So, if indeed it emerges that your ISP knows you’re using a VPN, you may wonder why you should even use it in the first place.

In this post we will be exploring this discussion further and see what you can do to stay protected.

How Do ISPs Know You Are on a VPN?

Although the question can your ISP see your VPN may sound a bit scary, it’s not something out of the ordinary. When you actually understand how ISPs work, you will see that indeed it’s something simple. The purpose of your Internet Service Provider or ISP is to route your traffic through the Internet.

For example, let’s say you want to access the Netflix website. The site is obviously hosted by a server say somewhere in the US. When you log onto your browser and type in the unique Netflix web address, your ISP will route that traffic to the specific server that the Netflix site is hosted. This then means you can access it anytime you want.

The same logic happens when you connect to a VPN. Let’s say, for example, you want to connect to a US server in Texas. The ISP will still route your connection to that server the same way it does any other website. This is why these companies can easily know if indeed you’re using a VPN or not.

Should You Be Worried? 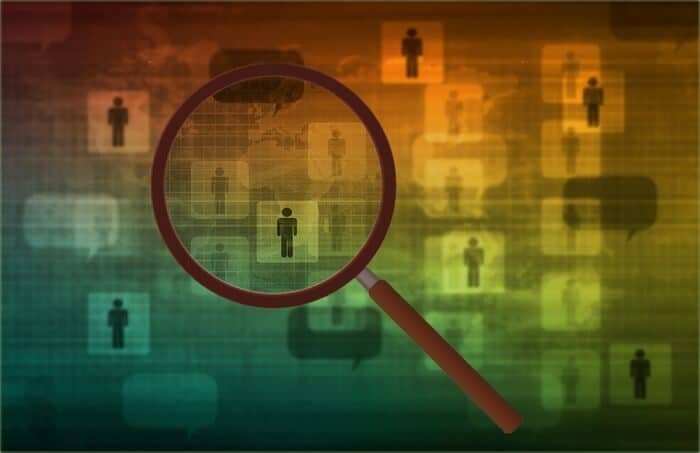 Now that we know the ISP can see your VPN activity, the next question is what’s next? I have seen a lot of despair among VPN users online. Most argue that, if indeed the companies can see you are on a VPN, then you must be compromised. Well, far from it.

Again, if you understand how a VPN works, you’ll see that it’s more secure than most people give it credit for. This will also put to bed the worries arising from the question can your ISP see your VPN? So, let’s recap how a VPN works.

As we have noted above, the job of your ISP is to route your traffic over the Internet, right? What a VPN does is it adds more security to that. In essence, a VPN creates a secure tunnel through which all your web traffic goes through.

The great thing about a VPN is that all the information that goes through this secured tunnel is fully encrypted. It’s, therefore, impossible for a third party to read or know what you’re doing online. Yes, the ISP will be able to tell you’re connected to a VPN. They will even be able to detect high volumes of traffic from your PC. But one thing is for sure. They will never be able to know what exactly you’re doing.

For this reason, the VPN still remains the most secure way to surf the Internet privately. I know a lot of people who asked can your ISP see your VPN will be satisfied with this answer. After all, nothing in this world is perfect.

Does My Device Affect the VPN Speed?

Since we are now talking about VPNs, I thought I’d take a moment to answer some of the most commonly asked questions about these services. I know that can your ISP see your VPN is perhaps one of the most common concerns for most guys out there. But there’s more to a VPN than meets the eye.

One thing I have been asked in recent months is whether the device you’re using affects the speed of your VPN. As you can imagine, although the VPN secures your privacy, it must also be fast. There’s nothing more annoying than using a slow VPN, even if it’s the most secure you can find.

Your device in fact determines the speed of the VPN to a great extent. Remember, it’s your device that does the encryption, creates the secure tunnel, and routes your traffic. This requires a lot of processor speed. If indeed the device is slow or doesn’t have good enough specs, it will struggle to deliver that efficient connection.

Does the Distance of the Server Matter?

Yes, the distance of the server you choose will affect the speed. Let’s, for example, say you decide to connect to a server in Australia via VPN and you’re located in the US.

This basically means that your traffic has to go from one corner of the Earth to the other. As a result, your Internet connection will feel slower compared to someone who connects to a server in the UK, Canada, or a country closer to them than Australia.

There are quite a lot of solid VPN services out there. But for reliability and quality, IPVanish should be great. Even if you’re still struggling with the question, can your ISP see your VPN? A secure IPVanish VPN should easily give you some peace of mind.

Let us know in the comments below what VPN you’re using and how it has worked out for you so far.

Additionally, if you have any questions about VPNs and your security as you surf the Internet, leave them below and we will get back to you in no time.