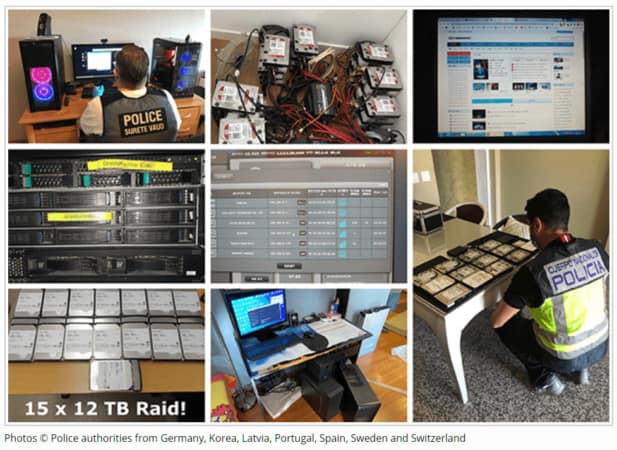 It was announced earlier this week that SPARKS Piracy Busts were happening, as the future of the torrenting scene as a whole hangs in the balance.

It’s normal for whistleblowers of any kind to demand anonymity. But these tipsters are taking it to a whole other level. We’re talking repeat requests to not reveal their identities, using obscured IP addresses and anonymous mailers.

These are usually signs that something unusual is happening. As expected, these tip-offs were the beginning of one of the biggest piracy cases.

Insiders at The Scene have always been very discreet but cracks are starting to show. Some members of the team are breaking ranks despite being afraid of the fallback that might come from that.

However, earlier this week we also learned that law enforcement was targeting resources and members associated with warez and topsites. What these groups had in common is the fact that they were both topsites. Or had some sort of association with the SPARKS group.

It’s also worth noting that a majority of the countries affected are of Nordic origin. This includes countries like Sweden and Norway which were officially identified as problem areas, along with Poland, Switzerland, Germany, and the Netherlands.

What is the US Department of Justice Doing?

The USDOJ made an official announcement earlier this week. They said they had done multiple unofficial raids and unsealed indictments that show that the SPARKS Piracy Busts are so far-reaching that they have worldwide applications.

Apparently, the operation involves law enforcement agencies from 18 different countries spread across three different continents. Some of these agencies include Europol, Eurojust, the Postal Inspection Service, and HSI. The USDOJ already has key members of the SPARKS Piracy Busts in custody thus putting multiple servers out of business.

According to the statement, several law enforcement authorities from around the world worked together in order to execute the SPARKS Piracy Busts. This includes authorities in countries like the United Kingdom, Switzerland, Sweden, Spain, Romania, Portugal, Poland, Norway, Netherlands, Latvia, the Republic of Korea, Italy, Germany, France, Denmark, Czech Republic, Cyprus, and Canada to name but a few.

The report further states that an arrest was made of George Bridi. Bridi is a known SPARKS member from Cyprus who was apprehended by INTERPOL Red Notice. Another operative named Umar Ahmad is also being pursued but hasn’t yet been apprehended.

The TF received a lot of information pointing at the fact that an operative known as the Artist is at the center of the SPARKS Piracy Busts.

This is the codename for Umar Ahmad who is known as a key figure that will be prosecuted once he has been apprehended by the US government as part of the case. The same goes for George Bridi who has been indicted. However, so far only a defendant known as Raid aka Jonatan Correa has been charged with offenses.

There’s no telling what exactly led to this situation. But it’s safe to assume based on the charges that both Bridi and Ahmad ceased many of their offenses months before they were apprehended. But, Scene watching websites show that both operatives were still releasing content until they were eventually apprehended.

What is Happening in Sweden?

Recently received intel shows that there’s a lot of action happening in Sweden involving the SPARKS Piracy Busts. For instance, an interview with Jon Karlung earlier this week revealed that ISP Banhof has been invited to participate in the investigation. However, we’ve since discovered that this is no longer true.

According to Karlung, there was no far-reaching crackdown on ISP Banhof. But, the company does boast 10,000 companies and 400,000 households as part of their client base as well as selling to other ISPs so it’s hard to rule out the possibility of one of these people having been targeted. Since they’re associated with the company, this might have caused some confusion.

We’ve also learned from multiple sources that more than a few topsite affiliates are heavily connected to Sweden. This is via a high bandwidth link that they utilized. Sources say that Sweden experienced 14 house searches earlier this week in connection with the SPARKS Piracy Busts. This happened particularly in Stockholm, Gothenburg, Malmo, and Umea.

There were no arrests made during any of the raids. But the operation has managed to seize a lot of servers in the process.

Within a matter of two days, we’ve received a whole list of top sites that have suffered through a number of consequences. This includes being taken down or at least raided. We aren’t at liberty to reveal the names of these platforms as we’re not sure how they went down in the first place. But we can say that there are over a dozen of them.

The SPARKS Piracy Busts is a major reason why we’ve seen a wipeout of a lot of infrastructure pieces and websites from the scene, many of which suffered targeted attacks. Apparently, there’s a complex list of reasons why this happened. But many of them have to do with connections to the Scene and SPARKS operations.

SPARKS members became ubiquitous with a lot of different platforms on the scene. Thus making it easier to take down multiple operators at once.

Still, the shutdowns were so significant that they’re worth taking note of because this was an uncommon occurrence.

Average torrent users will feel the effects of this takedown in the form of having access to less content and you can forget about the latest releases or live TV programs. But, things will kick start again when new trustworthy platforms are created.

To avoid being part of the wide-spread raids that will follow, make sure to use a reliable VPN like IPVanish which won’t log your details or browsing history.

How have you been affected by the SPARKS Piracy Busts? Let us know in the comments section below!

Interesting article,,, thanks for the update

Mannn, I been searching and finally found you. This information was so clear and helpful. Thank you!!!! ⚜️