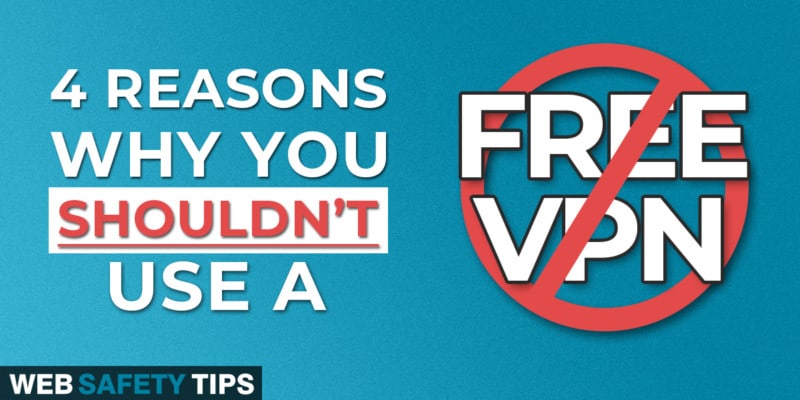 More and more people are appreciating the vital importance of using a VPN when surfing the internet. However, it seems many aren’t ready to invest money in a solid service. While it may seem like a good idea to use a free VPN service, there are certain drawbacks you must be aware of. We will get to them later in this article.

However, it is important to point out that VPN services are not that expensive. For just a small monthly fee, you get secure Internet surfing and fast speeds.

But if you still insist on using a free service, here are some of the reasons that may discourage you.

As you know, a VPN works by rerouting your Internet traffic into servers located in different parts of the world. For example, let’s say you are in the US and you want to appear as if you are accessing the web from the UK. A VPN will route your traffic to a UK server.

Now, ideally, this process should happen so fast to a point where you won’t even notice the complicated web traffic movement. However, it’s very likely that you will experience very slow speeds when using a free VPN service.

And it’s not hard to see why. Since the service is free, it means the VPN provider will not be dedicating too many resources to free clients.

We also know that there are many free VPN users. This, therefore, means that you end up with millions and millions of people using limited computing resources. In the end, the performance and speed of your VPN become massively degraded.

The companies that offer a free VPN service have to find a way to balance out the costs.

Since they will not charge you for the service, they will rely heavily on ads to generate the much needed revenue. The ads are sometimes so intrusive that they will ruin your experience completely.

It’s also not uncommon to find ads containing malware. In the end, you put yourself and your entire network at risk just because you want to save a few bucks.

Paid services also offer better reliability and fast servers as well. In essence, you get full value for your money.

All these features are essential in delivering the perfect user experience as far as VPNs go. But you won’t find them in a free VPN service.

Anyone who is offering a free VPN service may not have enough resources to give you the security you need.

The Internet is a very dangerous place these days. Hackers are more capable than they used to be and it’s very easy for them to get access to your private info.

You need a VPN service that has the resources to protect itself against any threats of cybersecurity. Besides, we are seeing this trend where copyright trolls are swamping VPN providers with lawsuits in an effort to get hold of customer data.

A free VPN service may not have the resources they need to fight back. This then puts you at risk of losing your privacy.

What is the Best Paid VPN Service?

Now that we have established a paid VPN service that offers more benefits, it’s time to choose a service that works for you.

There are many VPN providers out there. But even then, you should choose a service that guarantees speed, performance, security, and reliability. But above all, you should also go for an affordable VPN service.

This is where IPVanish comes in. As one of the most recognizable brands in the VPN market, IPVanish is known for its secure service. The good news is that the VPN is very affordable so even if you are on a tight budget, you will easily afford it.

Well, what VPN service are you using? Is it free or paid? Let us know in the comments below. And in case you have any questions, we will be happy to address them for you.