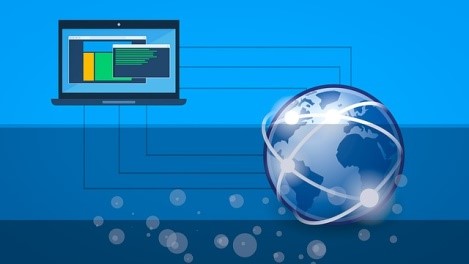 If you’ve ever tried to bypass geo-restriction technology (like for video streaming, online casinos, sport events), then you know how frustrating it can be. The last thing you want is to see a message that says, “This video is not available in your area” when you want to watch something interesting.

Although we’ve all been through this experience, not many people know how geo-restriction technology works or why it exist. So, we decided to do some research to find out more. We’ve figured out that it’s possible to bypass geo-restriction.

Why learn about bypassing geo-restrictions without knowing what it is? Geo-restrictions exists to ensure that certain content remains exclusively available to certain regions, and excluded from other territories. This block is usually put into place by content providers. They want to limit the availability of their websites to specific countries.

For instance, you have a U.S.-only free TV streaming platform, for example Tubi. It is nearly impossible to access it outside of the states.

Another example of a geo-restricted website is Netflix U.S. Although Netflix exists in other region, they curate content according to each region. So, instead of showing you a geo-restricted message, the site will redirect you to a specially curated content library for your country. For example, you can’t stream The Office outside of the states.

How Does Geo-Restriction Work?

Whenever you visit a website, your device (PC, laptop, tablet etc.) sends a connection request . This request includes your exact geographical location. If they have blacklisted your area for some reason, you’ll go to a page that says “content not available in your country.” Or they will redirect you to a dedicated page that is reserved for your country. In this case you need to bypass geo-restriction.

On the other hand, if your region is whitelisted, the website will direct you to your desired page and you’ll be none the wiser.

You’re probably wondering how it’s possible for a website to see your geo-location in the first place.

Well, here is what geo-restrictions use:

When bypassing geo-restrictions, you have to block one or more of these.

How to Check If You Are Geo-Blocked?

You’ll notice that you’re geo-blocked when you’re trying to shop on a website like Amazon in another region and you can’t add items to your cart. You may also notice you are geo-blocked if you’re having difficulty logging into Netflix US. Or you can’t watch content on the BBC iPlayer service. Geo-blocking also affects your ability to carry out activities. This includes buying online tickets for festivals and sports events so you need to bypass geo-restriction to enjoy them.

Basically, geo-blocking is a restriction method that digital platforms and business providers use to block people from a certain areas from accessing their services and/or products. This could be due to a number of reasons. It could be because of security threats that exist in that region, high international demand and the content creator’s inability to keep up, etc.

How Websites Find Out Your Location

Every website has geo-location software. This enables it to determine the location of every user that visits their platform.

The software allows the site to see your IP address, which leads to further information such as:

Using your geo-location, some websites take it as far as restricting international payments. They do this by refusing to accept overseas bank accounts, credit cards, and PayPal payments.

There’s a big correlation between geo-blocking and censorship in a lot of countries. Several Internet activists claim that geo-blocking and discrimination go hand in hand. This is because it doesn’t follow the ideas upon which the Internet was founded, including freedom and inclusion.

In addition, authoritarian governments have been known to use geo-blocking as a method to censor their citizens. They do this by systematically blocking any and all websites or platforms. These are platforms that may threaten the government with spread of politically incorrect messages of the opposition.

At first, censorship was seen as an act that could only be committed by extremist and oppressive regimes. But now it’s becoming increasingly prevalent in so-called “democratic” nations. University of Cambridge recently released a report showing more than 60 countries around the world are practicing some form of censorship on their citizens.

Here’s a detailed explanation of why geo-restriction tech is enforced by certain websites and territories:

Content providers like Netflix and Hulu have huge libraries of content on display. However, they don’t own the rights to all of it, rather only broadcasting permissions. Only the original copyright holder has the right to decide where its content should be made available. Essentially, if those copyright holders decide that certain content should be off-limits to specific territories, the content platforms who distribute it must respect those restrictions. They do this by using geo-restriction technology.

Geo-restriction is also a useful method for implementing price discrimination. This refers to the practice of providing content at different price points. It all depends on the country that each user is from. Price discrimination according to country and region is widely practiced by airlines and online retailers. This allows them to turn larger profits by fragmenting their global market base into different segments.

Then, there’s the matter regarding copyrights, which must be purchased from the specific country before content providers and copyright holders can offer their content for streaming in any territory. Licensing rights don’t come cheap. Each country has its own tax system that adds to the expense. So, sometimes buying licensing rights in different countries costs a fortune. This is why content providers are often selective about the territories they purchase these rights from. At the end of the day, it must make business sense for them to purchase licensing rights in a certain country. That’s not always the case.

Geo-restriction is a useful instrument during blackouts, which is a popular practice among sports leagues, national networks, and broadcasting companies.

This means certain sporting events will not be streamed when it falls under the following categories:

For example, online casinos must toe the line in order to follow certain online gambling laws, which entail using geo-restriction technology. That’s why online casinos are not available in some territories around the world. It’s not that they don’t want the business. They simply aren’t allowed to operate in those regions.

Certain governments enforce geo-restriction for legal purposes. For example, since the UK TV content of the government is subsidized by taxpayers, the government enforces geo-blocks to restrict content to UK viewers only.

Yes, in most part of the world it is. But, the EU is currently taking legal steps to eradicate geo-restrictions in the region.

With that said, a majority of non-EU countries won’t necessarily follow these laws. This is because they don’t view geo-blocking as a problem.

Also, geo-blocking is standard practice in Australia and North America as it’s regarded as a great way to protect the copyrights of content creators, including TV/movie producers, music artists etc. Other regions like Africa, South America, and the Middle East have no clear rules and regulations regarding geo-restrictions but it still affects them nonetheless.

The most straightforward way for Internet users to avoid geo-restriction is to hide their IP address by using a VPN server. We know it all sounds very complicated but it’s actually quite simple.

A VPN replaces the user’s IP address with one from a remote server in order to bypass geo-restriction. For example, if your VPN is based in New York even though you’re in Japan, your IP address will show the location of your VPN server as New York. This will allow you to access websites that are geo-restricted in your area but accessible to viewers in North America.

VPNs are inaccessible to ISPs, such as Smart DNS services so there’s no way to block them according to geo-restrictions. This is all thanks to tight encryption methods that can also help increase the user’s bandwidth as well.

That’s why you should use a high-quality VPN like IPVanish because they offer exceptional VPN speeds, competitive pricing, and a secure connection that you can trust. Plus, they give users up to 40,000 IP addresses to choose from, which are spread across 1,200 servers located in more than 60 countries around the world.

Geo-restriction technology is a tool and method that content providers use to limit content access to certain regions. A good example of this is Pandora Radio, which is only available to US online users.

There are many reasons to use geo-restriction, including legal reasons because the content providers don’t have the copyright to provide the content to particular regions. Content providers may also enforce geo-restrictions in order to drive up profits through price discrimination. Geo-blocking is legal in most countries except for the EU, where current regulations make it difficult to enforce in the region.

The fastest and easiest way to bypass geo-restriction and enjoy all the content you like is to browse the web through a VPN like IPVanish. Not only does this service offer fast connection speeds, but they’ll hide your IP address while protecting your identity and browsing information.