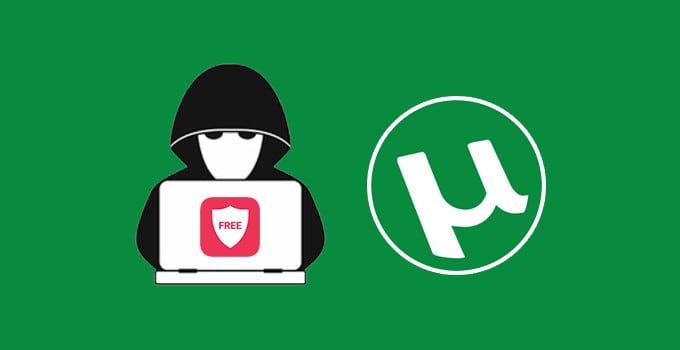 Over the last few years, torrenting has become increasingly popular, in tandem with the increased prevalence of online video streaming. But, we’re also seeing movie companies sue torrent users for the illegal use of their copyrighted content.

That’s because torrenting websites like YTS can be utilized for free without even the need to register an account. It comes with other perks too, like the ability to bookmark titles. But, as with everything, it’s simply too good to be true.

At the beginning of 2020 began a string of events. These saw movie companies sue torrent users, particularly those who visited the YTS website. The companies succeeded in finding these users by going through the YTS database. They were able to find users’ email addresses among other details.

It’s interesting that these lawsuits happened when they did. This is because a YTS operator had just signed a settlement deal with these movie companies. It appears that along with the settlement fee, the YTS owner decided that the best course of action to save himself was to sacrifice the site’s database.

This led to the sharing of inordinate amounts of information that was enough to find numerous users. The following is an update on the situation.

After it was reported that movie companies sue torrent users, it was revealed that the YTS database was handed over to major filmmakers. These are the filmmakers behind titles like “London Has Fallen, Rambo” and Hellboy”. These companies utilized the database to file lawsuits against the users, demanding direct settlements from them.

Most users are expected to simply pay up, considering that failure to do so can lead to serious legal action. When faced with the choice between jail time or sacrificing a few paychecks, it’s pretty clear which decision people will make. But, it appears that many users haven’t responded to the companies’ settlement demands despite the threat of jail time.

According to the available data from a Colorado federal court, the copyright holders claim that YTS operators illegally pirated copies of movies. This included Mechanic: Resurrection, Hellboy, London Has Fallen, Rambo V, and Hunter Killer.

Looking at the legal paperwork, you’ll see three Colorado natives mentioned as the plaintiffs. They were Ty Tidwell, William Nelson, and Stephen Moody. These users were subpoenaed using the Microsoft email accounts which they used to sign up onto the YTS platform.

For example, the defendant named William Nelson used his real name and registered from the state of Colorado. This is what the defendants used to find him. The report shows that Nelson utilized a VPN to hide his activities on more than one occasion although that didn’t really help him in the long run.

Users Have Ignored These Settlement Demands

When movie companies sue torrent users, it helps to have access to download records, email addresses, and IP-addresses from users. YTS operators were more than happy to share with the movie companies. It’s safe to assume that the companies demanded a settlement of about $1,000 from the defendants. This is a common settlement amount in cases like this.

The complaint record shows that there has been no response from the defendants thus far. This isn’t without consistent communications from the plaintiffs. At the end of the day, the defendants are required to not only pay damages as required but to also cease and desist with their illegal activity.

The aforementioned trio of defendants is facing accusations of copyright infringement from sharing different film titles. Having suffered significant losses, the companies are seeking compensation for statutory damages which the defendants must pay a portion of.

The three defendants are also expected to answer for violating the DMCA through copyright infringement. YTS, of course, made it easy for pretty much anyone to pirate copyrighted content. This is why movie companies sue torrent users in this and other instances.

What Can You Do If You’re Sued?

One of the scariest things that can happen to anyone is receiving a dreaded email from your service provider. This email could say that you’re being sued by a copyright owner for using a torrent website.

If you ever get this notice, then it means that the plaintiffs have identified your IP address also known as your Internet Protocol, as part of a group of computers that have been found to use a file-sharing torrent platform like LimeWire or Vuze. Basically, it means you’re being sued and this is the result of illegally using copyrighted content.

Truth is, movie makers have every right to sue each and everyone who breaks copyright infringement laws by illegally accessing their content through torrent websites. It doesn’t matter if you delete the file afterward. This is because the virtual paper trail of downloading or sharing the file in the first place will still remain. It also won’t help you to purchase a legit copy of the movie afterward.

But, what happens if someone uses your Internet connection to illegally download or share copyrighted content? Then you’re in big trouble. You have to figure out who the culprit is and discuss a way forward together. Then you’ll need to handle this one as a household as the settlement amounts are usually quite hefty.

You could receive a letter from your ISP letting you know just how your personal information was divulged. This letter will most likely include a subpoena due date as well as the date during which your IPS is required to provide the plaintiff with information. The information includes things like your name, address, and other details.

You’ll know that you’re part of the lawsuits if your name is included instead of the word “Doe.” Doe is what’s typically utilized at the beginning of the lawsuit. If you settle out of court, you might be saved the embarrassment of having your name be associated with this lawsuit. That would leave a negative speck on your record forever.

It has become commonplace for movie companies sue torrent users. So, it’s important for users to protect themselves with a VPN like IPVanish, that won’t compromise your identity when push comes to shove.

With IPVanish, you don’t have to worry about them divulging your details. This is because they won’t have access to them, to begin with. That’s because IPVanish doesn’t maintain a record of user details and they offer incredible levels of protection through advanced encryption technology.

What are your thoughts on the lawsuits against torrent users? Are you worried? Let us know in the comments down below!