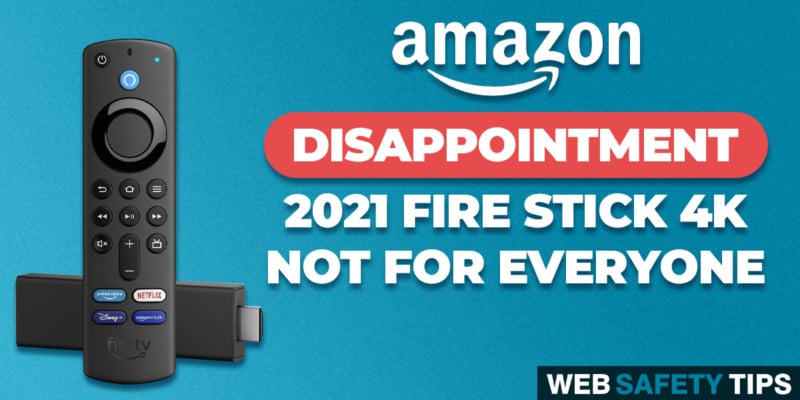 The Fire TV Stick 4K has been around in the US, the UK, and other parts of the world for a couple of years. It is indeed a great streaming device that gives you access to numerous entertainment, news, and sports channels from across the world. However, the Fire TV Stick 4K has been lacking some features most users have been asking for such as additional USB ports, more storage, and a little bit more memory to enhance your streaming experience. The good news is that the new Fire TV Stick 4K promises to deliver more enhancements and features that you will definitely find quite useful.

When they leaked the information, most of us didn’t have the actual specs of the device but today we can confidently give you its specifications and just about everything you need to know about it.

However, the main question at the moment is who is this device exactly designed for? Let’s first take a quick look at the device in terms of design and performance.

In terms of looks and style, the remote for the new Fire TV Stick 4K will look exactly the same as the previous generations of Fire TV Sticks. However, at closer examination, you’ll notice that the new Firestick 4K features a few changes in terms of design.

For instance, the Alexa voice control will have a different color and a new style navigation button. I probably think that the new look Alexa voice control’s color does not really matter a lot but it is still a change from the usual style in previous Fire TV Stick generations. Let me know what you think about it.

You’ll still have almost the same design for other navigation buttons including the back home menu, fast forward, and rewind. Below that you’ll have a mute button, volume up and down, and it even brought up the TV Guide Button in a more convenient location here just like we saw in the Fire TV Stick Lite 2020. Congratulations to Amazon for this handy addition, which is becoming more integrated into most of their streaming products.

What’s in the Box?

The new Fire TV Stick 4K package comes with the following items in the box:

How Does the New Fire TV Stick 4K Compare with Other Versions?

Before we delve deeper into the device let’s first do a quick comparison of the new Fire TV Stick 4K with other Fire TV streaming devices. In 2021, Amazon has two Fire TV Stick released namely the regular Fire TV, Fire TV 4K, and the Fire TV 4K Lite for 2020.

As you probably know, the Fire TV Stick 4K Lite is a cheaper watered-down version. It lacks several features which are actually important especially in the remote control. The new 2021 devices come with Dolby Atmos audio, max resolution of 1080p, and of course the 4K will be 4K UHD.

Another thing is that the storage in the new Firestick 4K is going to be the same as the previous versions. The storage is still the same as it was 4 years ago. The new Fire TV Stick is still giving you 8 gigs of storage. It looks like Amazon didn’t make any improvements on your local storage.

The processor is in the new version of Quad Core 1.7 GHz. These are pretty much the same specifications we’ve seen in previous Fire TV Sticks from Amazon. Not much has changed in the past 3 or 4 years. For most parts, the device is exactly similar to the Fire TV Stick 4K most people have been using all along.

Amazon may have changed the buttons a bit giving you more quick-launch buttons and a TV guide but under the hood, almost everything is the same as before. The resolution and performance are still the same as we had 4 years ago.

Who the New Fire TV Stick 4K Works Best For?

The new Fire TV Stick 4K is definitely not designed for the US, the UK, or the other markets that already had the 4K Fire TV Stick for several years.

It’s made for markets that never had the official 4K before. The device is currently available in places such as Amazon Australia but if you try to buy from the US or the UK they’ll tell you that they cannot ship to your location.

If you already have another Fire TV Stick 4K then it won’t be worth it to purchase this latest one because it comes with most of the important features already available in the previous versions.

The only reason you may consider buying it is if you definitely need those quick launch buttons. Besides that, under the hood, the new device is exactly similar to the one you already have.

For those of you in Australia and other parts of the world who will get a chance to use the new Fire TV Stick, kindly share your experience with us and let us know if there’s any improvement that we missed to talk about here.