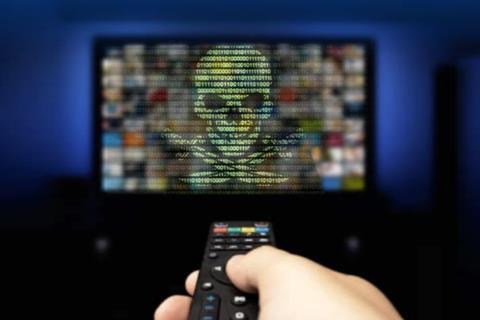 In late June this year, a 24-year old man in the Suffolk and Norfolk area of the UK was arrested by the Constabulary’s Cyber and Serious Organized Crime unit. This was on suspicion of being the mastermind behind a well-known pirate IPTV service, this implicating thousands of pirate IPTV customers as a result.

What Does the Message Say?

This operation was focused on GE hosting. GE is short for Global Entertainment, which was taken down. In its place was a warning notice to pirate IPTV customers who were still using the service.

“This illegal stream has been seized by Norfolk and Sussex Police.”

It went on to state that it’s illegal to watch illegal broadcasts. The users’ IP address has been recorded and saved. These pirate IPTV customers were told to cease and desist streaming illegal media and copyrighted content.

GE wasn’t mentioned as a specific target at this point. But we were informed that the authorities had taken the service down.

However, the authorities didn’t stop there, as they went on to inform pirate IPTV customers that they were holding illegal subscriptions and that they had to immediately stop what they were doing.

GE subscribers received an official letter from the Norfolk and Suffolk Constabulary Cyber, Intelligence and Serious Organized Crime Directorate. It stated that the unit was aware of the users’ illegal streaming activities thanks to their connection with GE Hosting.

The letter went on to state that GE Hosting operators were committing a criminal offense by providing an illegal service that contravenes the Serious Crime Act. This is in addition to the Copyright Designs and Patents Act as well as the Proceeds of Crime Act.

Taken together, these offenses could lead to a 14-year maximum sentence in prison. This is if the pirate IPTV customers fail to cease and desist with their illegal activities which are set out in the letter.

Not only that, but the pirate IPTV customers are also identified as offenders according to section 11 of the Fraud Act. In this case, a 5-year sentence is nothing to throw a stick at either. That’s a serious amount of time for a few hours of passive entertainment. The alternative is a hefty fine which would also result in a criminal record.

The letter was distributed to thousands of subscribers by physical mail and electronic mail alike, to make sure that it would be received. While most pirate IPTV customers don’t usually provide accurate contact details, some people do.

According to the letter, it’s not necessarily the beginning of a criminal prosecution, investigation, or police action. Its goal is to serve as a cease and desist notice to the pirate IPTV customers who continue to use the GE Hosting service.

As of this writing, GE Hosting is no longer operating according to Suffolk Police. Technically, they didn’t need to send a cease and desist to the users but it’s important to send a powerful message in case of similar offenses in the future.

What About the Fraud Act?

When thousands of pirate IPTV customers receive this powerful notice through the mail, it’s sure to send a shiver down the spines of future offenders. Or those who were considering these services. Especially considering that their details are now available to police who are on the lookout for any and all copyright offenses.

To be sure, no-one wants to be implicated in the Fraud Act, Section 11 of which clearly states that it’s illegal for anyone to pay a lower price for services that require a higher price.

After all, the goal of the services is to charge a premium. This would allow the creators to make a profit. An example is made on the Act, of a situation where one might attach a TV decoder with the intention to access satellite or cable TV stations without paying for them.

This section makes room for a number of offenses. This includes the act of obtaining free online services that one should actually pay for or using fake credit card details. The Act also punishes the offense of watching a football match for example, by climbing over the wall instead of paying for admission into the arena.

Few people would scoff at the idea of having a fraud charge on their record. Thus the letter serves as an effective warning for many.

What If You Still Continue Using the Pirate IPTV Services

Since GE hosting is no longer operational, it’s practically impossible for pirate IPTV customers to break the cease and desist order.

Nevertheless, police plan on monitoring the subscribers involved and should there be any suspicious of continuing with similar behavior, the police reserve the right to pursue prosecution after investigation.

The worst part is that no further warnings will be provided before such action is taken. Pirate IPTV customers will simply feel the weight of the might of the law if they fail to take the contents of the letter seriously.

This means that if someone who receives the letter moves on to another illegal service similar to GE Hosting, the letter could be used as evidence against the customer in future proceedings.

When asked how the Suffolk Police plans on monitoring users, an actual answer wasn’t provided. It’s worth noting that this letter is the first of its kind from Norfolk and Suffolk Constabulary, and serves as a taste of things to come for pirate IPTV customers in the UK and beyond.

Nowadays, it’s getting harder and harder for pirate IPTV customers to access free or discounted content without getting caught, as evidenced by this and other similar cases. One’s best bet is to make sure to always use a reliable VPN like IPVanish no matter what you’re doing on the Internet.

The great thing about IPVanish is that they don’t keep a history log of user activity or IP addresses, so there’s literally no way that they could sell their users out. Using IPVanish would also mean that your connection is protected by cutting-edge encryption technology.

What do you think about the GE Hosting saga? Has it inspired you to consider using a VPN? Sound off on the comments below!