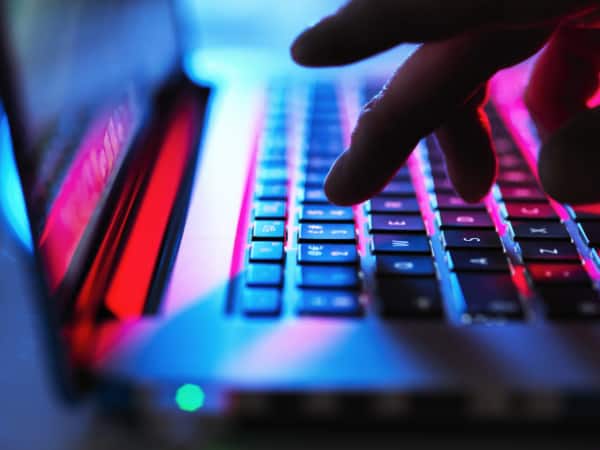 The Piracy Pyramid, often referred to as The Scene, is said to have been compromised. This is after a report was released a week ago stating that certain members of the group had been targeted through legal action. The Sparks Release group is one of a number of TV and movie release groups that have been targeted by the US Government. Others include SPRINER, ROVERS, DRONES, and GECKOS.

These indictments date back to January this year. When this information was revealed chaos ensued at The Scene. The USDOJ revealed that they had begun an operation that spanned three continents. This is a large-scale operation involving law enforcement in 18 countries that are planning on taking down up to 60 servers and executing multiple seizures and raids.

The reports (off the record) also show that most of the regions involved are located in Europe. This is especially in Nordic countries which is why Europol and Eurojust are so deeply involved in the operation. But, that’s just the tip of the iceberg when it comes to the Sparks Release group notice.

Following the events of the Sparks Release group, there hasn’t been a lot of clear communication from inside the organization. But we can confirm the release of something called the Scene Notice which was shown on Pre-database public websites. This notice came in the form of .NFO format which gave us a glimpse into the inner workings of the operation.

It’s important to note that scene notices are rare compared to the content that’s typically released by The Scene. But when the organization does release such notices, it’s usually to warn users about security related issues. This is in order to avoid actions that might compromise overall operations.

You can usually figure out who exactly wrote the bulletins and it’s typically either an individual or a group. But in this case, we don’t know the identity of the author. We can tell you that the title of the bulletin is “Scene Busts and Mitigations”- pretty straightforward if we say so ourselves.

Straight out of the gate, the bulletin starts by letting you know what it’s all about. They use the Sparks Release group scenario as an example of what is currently going on. The notice further states that this could just be the start of an ongoing string of busts.

There’s a global gaggle of agencies that are targeting torrenters from all over the world. We’ve seen 29 website busts across 14 countries in Europe for the most part. The ISO scene seems to have been hit the hardest by this bust culture. It will have given the authorities relevant information that they can use to bust even more websites.

We received a number of reports throughout the week. These showed that there’s already a series of actions that point to agencies doubling down on these actions. It’s logical, therefore, to conclude that the authorities have found a way to identify suspected individuals as well as any hardware that they can get their hands on.

Should these operators cooperate then we could see an increase in the number of site takedowns as well. Some say that more than 50 sites have been taken down. Even though the official word on the street is that it’s close to 30.

Platforms like Discord and Telegram are becoming increasingly popular in the world of piracy. This is because they don’t impose as much censorship compared to mainstream platforms. However, the Internet Relay Chat is the preferred platform of The Scene as of this writing.

The IRC might seem old-school when considering how high-tech today’s GUI-driven landscape is. But it’s a highly accessible and easy-to-use platform. It’s quite secure which is probably why it’s preferred by The Scene. The recently released notice shows that there has been a breach in some part of the IRC network.

Apparently, a known French user was found using an IRC server using the linknet IRC network. There’s no data to confirm or deny this yet. But it’s important to note that linknet should only be utilized when you know that your Channel encryption, Blowfish, and SSL protection measures are on point.

With that said, it’s still a nice to have in terms of security practices. But it’s best to use an IRCD daemon instead when users are planning to use the site at all.

We strongly recommend you to get a good VPN and hide your identity so that your online experience doesn’t take a bad turn.
We use IPVanish which is the fastest and most secure VPN in the industry. It is very easy to install on any device including Amazon Fire TV Stick. Also, it comes with a 30-day money-back guarantee. If you don’t like their service, you can always ask for a refund. IPVanish also runs a limited time offer where you can save 62% on your VPN and they allow you to use one account on unlimited devices.

SiteOps is short for site operators. It’s an aspect of the overall notice, but it offers helpful tips on overall security. Basically, it’s all about obscuring, renaming, and moving any websites that were a part of the busted groups.

Another term that you’ll come across on the notice is that of currys which is code for couriers. This refers to individuals or groups that are responsible for the distribution of Scene releases. These individuals access a number of different sites in order to eliminate sites that might compromise the platform’s security.

This might seem redundant but it’s a good idea considering that many users will probably continue to operate as usual despite the current climate.

What Will Happen in the Near Future?

If history has taught us anything it’s that crackdowns such as what has been happening in the past few weeks won’t take out a platform like The Scene and it will make a comeback eventually. The notice says that while it might take time to rebuild, the report itself was compiled for the love of the torrenting scene as a whole and will continue to serve its purpose.

Things will get back to normal and the scene will thrive once again, according to the notice.

There’s no telling who released or authored the Sparks Release group notice or whether they’re an operator in the organization. But it might play a huge role in ensuring that The Scene recovers from what could possibly be one of the most catastrophic wipeouts of The Scene as a whole.

Of course, no one expects for business to resume as normal but it’s expected that the scene will regain its balance and get on its feet again.

In the meantime, it’s best to use a VPN like IPVanish to protect yourself as a user as well as the platforms that you use, such as The Scene. It’s the least that you can do in exchange for access to world-class content.

What are your thoughts on the Sparks Release group notice release? Let us know in the comments below. We love hearing from you guys.

Telegram is not safe??

it seems it isnt that much :/

Thank you once again for the great information on this app