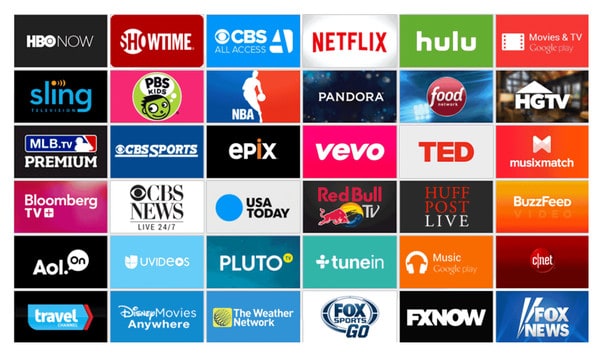 The Internet has changed how we watch content these days. Online streaming is now as popular as ever. Even creators are relying more on streaming platforms than they do on traditional TV. Additionally, the streaming business is lucrative.

Other streaming apps also have malicious viruses that may harm your computer and your entire network. It’s based on this that you must always be very careful before using any streaming app online.

Why Should This Story Worry You?

Many people will argue that viruses and Trojan horses are part of life for any computer owner. For as long as we have had the Internet, we have always had Trojan horses and viruses. Yeah, to some extent this is totally true.

The only difference is that we have always found ways to fight viruses and Trojan horses in most of our devices. Interestingly enough, many people don’t often assume that a streaming device like the Firestick TV can be infected by a virus. This is why we don’t pay any attention whatsoever to possible malicious attacks on our streaming gadgets.

Well, maybe it’s time you started because viruses and Trojan horses pose several real risks to your streaming experience. First, they can be used to harvest important personal information from your device. This is something that puts your entire privacy at risk. A Trojan horse can also be used as a possible getaway into your entire home network.

Keep in mind that most streaming devices are connected to the same network as your personal PC, your mobile phone, and other Internet-enabled devices. Even if you have strong security say on your computer, a hacker can use the vulnerability on your streaming device to access your home network and in turn your PC.

The great news is that it’s actually easy to spot viruses and Trojan horses in streaming apps. We’ll show you how in the next section of our post.

As with every digital device out there, detecting and removing viruses requires regular scans. This is because your streaming device works on a real-time basis.

As a result, it’s exposed to threats all the time. Without regular scanning, it might be impossible to tell if and when an attack has happened.

While there are many antivirus software options for streaming devices, we recommend VirusTotal. The app is designed to work on any Android device, including your Firestick TV and other smart boxes out there.

How to Get VirusTotal App

VirusTotal is available in the WebSafetyTips FileLinked Store. You just need to go there, download it, and install. Check the steps below to find out more!

First of all, you may need to enable apps from unknown sources in the Settings section of your Firestick TV. Check the ‘My Fire TV’ option. 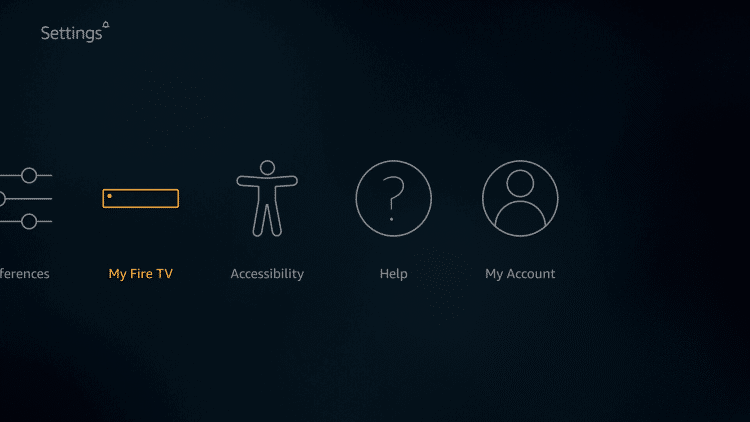 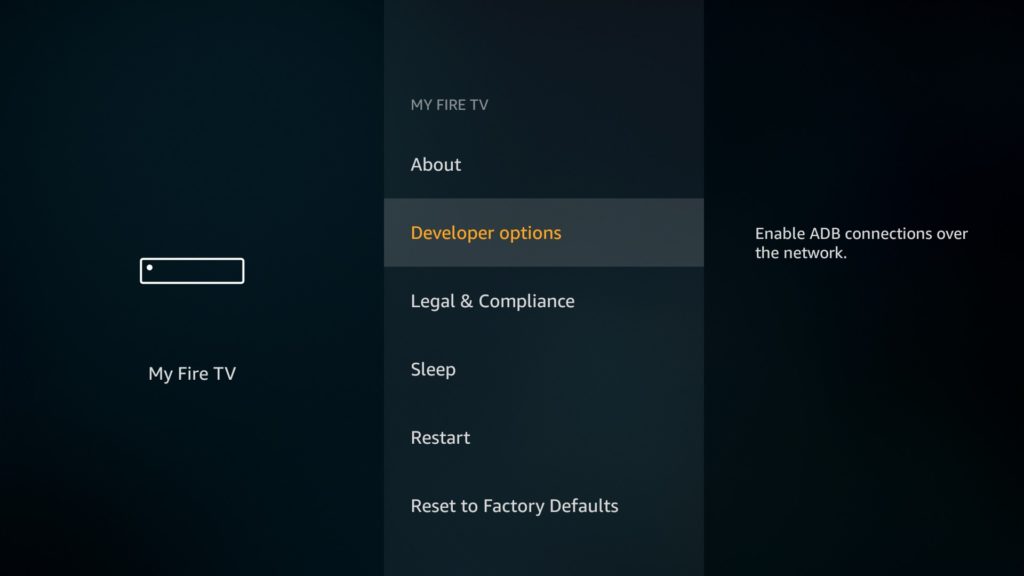 Make sure to turn on ‘Apps from Uknown Sources’ 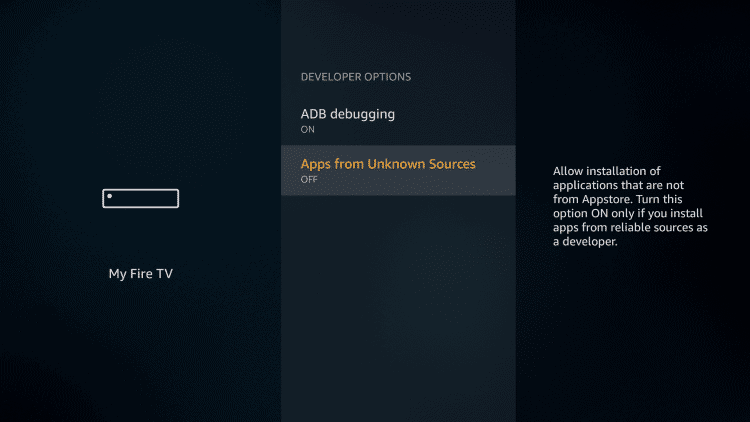 You have successfully completed the first part of the guide, and we assure you the second part is as easy as the first one.

If you don’t have the FileLinked app installed on your Firestick, here is a detailed article how to do so.

Install VirusTotal via the FileLinked App

1. Launch FileLinked on your device 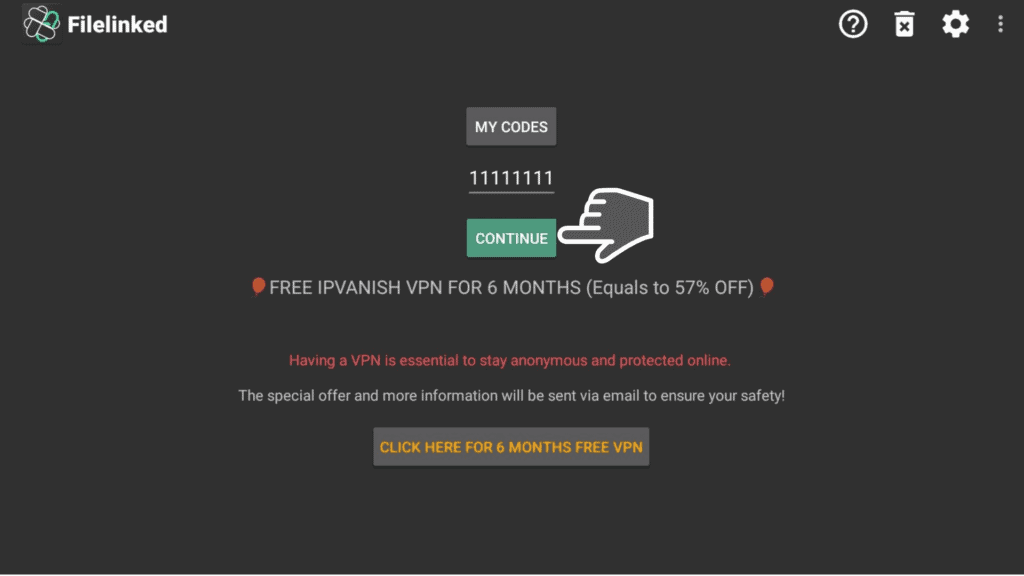 3. Search for the VirusTotal file through the store 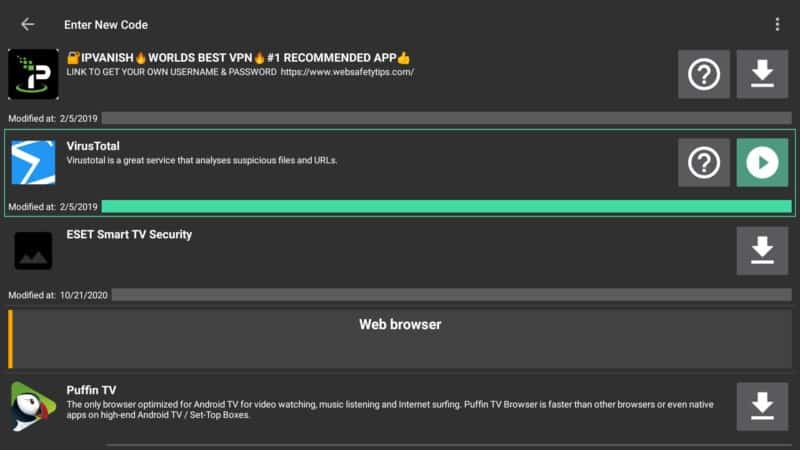 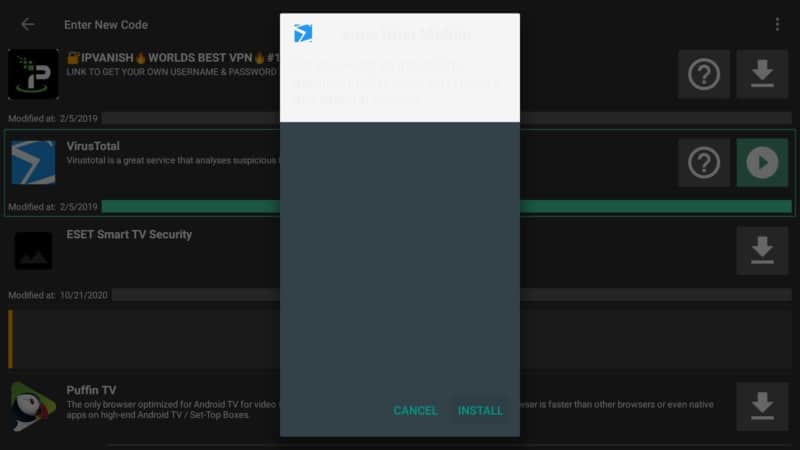 5. Open the app right away and click on Open 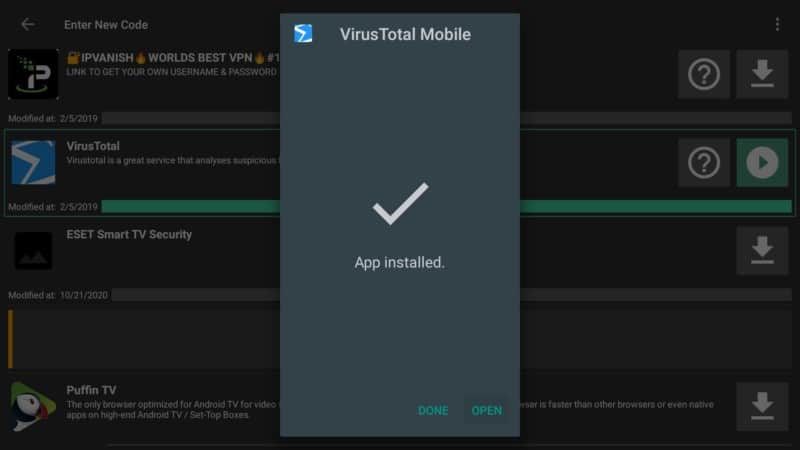 Once the antivirus has installed, launch it. You’ll be required to give it some permission which should take a few seconds. When the app is ready, just click scan. It will go through all your streaming apps and your entire streaming device to ensure there are no malicious viruses in there. 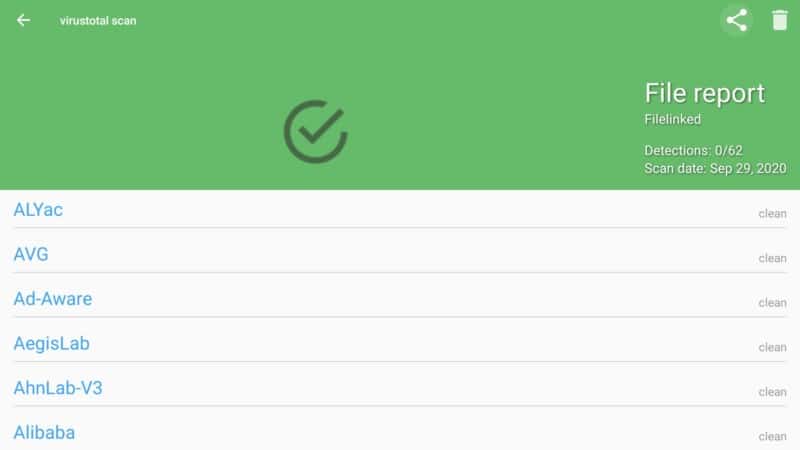 VirusTotal is of course one suggestion. We know that there are many antivirus software options for Android devices. The most important thing is to pick an antivirus that works and has a reputation in the industry. After that, ensure that your streaming device is scanned regularly and you’ll be fine.

Do Official Apps Have Viruses?

Most people will tell you that the best way to avoid viruses and Trojan horses in your streaming device is to download apps from official sources.

In essence, the assumption here is that when you download and install apps from Google Play or the Amazon App Store, then automatically they are fine. This is actually not true. Yes, Google, Amazon, and by extension Apple, have put in place several security measures to ensure all apps on their platforms are safe to use.

But it’s easy to bypass these security measures. It’s not uncommon to find an official app, downloaded from the official app store, with loads of viruses and Trojan horses.

This isn’t to say that these streaming apps came with a virus. It could be they were infected after you installed them. However, this still indicates they are vulnerable and they could put your entire streaming device in jeopardy.

Despite this, it’s the apps from unknown third-party sources that pose the biggest risks. We know that a majority of apps we need to stream content come from third party providers. We also know that a huge percentage of these providers are genuine and ethical people. But we also know that there have been many cases where third party apps have been used as Trojan horses or viruses.

At the end of it all, you just have to do your own due diligence. You need to ensure that any streaming apps you install are genuine. Don’t just install an app because it looks great. Dig deeper into user reviews and any other information you can get online to be sure you’re downloading a safe and genuine app.

The world of content streaming brings immense entertainment for all of us.

But it’s also filled with a lot of peril as far as Trojan horses and malicious viruses are concerned. It’s, therefore, very important to be careful when you stream online to avoid any possible attacks.

Most Trojans and viruses steal your personal data, including the IP address and the data of the Internet Service Provider (ISP). Here it is absolutely necessary to use a VPN, because then the hackers will only see the exposed VPN address.

Well, have you ever detected viruses on apps on your device? How did you do it? Let us know in the comments below.

it means you are safe :/

I’ve really learned a lot from you! I had no idea that you can do all of that with the firestick! You really helped me out! Keep it up! Have Yourself a Merry Christmas! Stay Bless!

The app found a virus, how do I get rid of the virus now?

Good to know of a anti-virus app for the firestick. I use IP Vanish and an app scanner. The problem I face is that Amazon will not allow me to watch any video if I have my VPN active. That negates the protection and neuters the use of a VPN. What is really needed is a sort of cloaking device that Amazon cannot detect. They seem to have a handle on IP addresses used by VPNs.

Have you ever tried split-tunneling settings?

Will give it a try for sure ! Thanks !

com.funnycat.virustotal.controller.AnalyticsApplication won’t run without Google Play services, which are not supported by your device. Why am I getting this msg? What can I do about it?