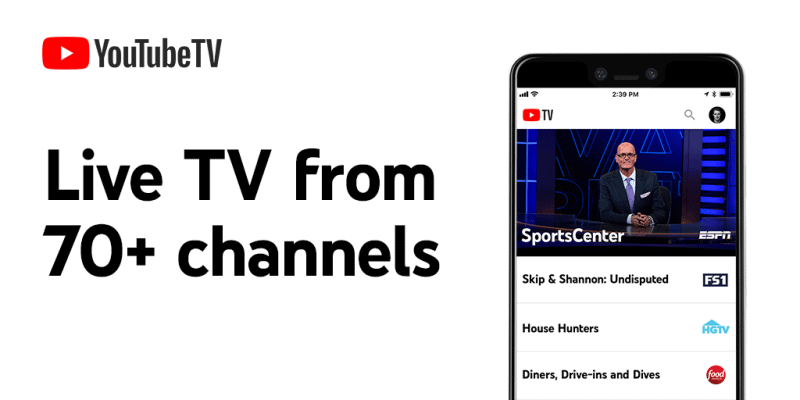 We have some good news for new users of YouTube TV out there. You are eligible for the YouTube TV trial that lasts two weeks. This is a welcome treat to the former subscribers of PlayStation Vue, which has now been closed. Keep in mind that this free trial is available only for a limited time.

So, if you’ve been contemplating about switching to YouTube TV, now is the perfect time to do that.

But before you switch, here’s what to expect:

The YouTube TV trial will only be available to new subscribers. This offer covers all premium networks excluding STARZ. When the trial period ends, subscribers have to pay $49.99 each month to continue the service.

YouTube may also provide a free trial to new subscribers of their paid service. If you’ve recently subscribed to the YouTube paid service that comes with the free trial, you’ll get free access to the Paid Service for the entire free trial period.

YouTube TV was first released back in 2017. Initially, it was only available to a certain number of areas in North America. However, in 2019, they expanded the coverage to the entire markets within the region. The number of channels has also increased. It now has more than 70 channels and includes four major broadcasters – FOX, CBS, NBC, and ABC. With this coverage, you get to enjoy an excellent variety of content.

And while you might think that it is YouTube that’s offering the YouTube TV trial, YouTube and YouTube TV are actually two separate entities. However, there are certain aspects where they cross over, such as in the YouTube Originals. You have to use two separate apps if you want to play both.

On its initial release, YouTube TV was accessible only from a few devices. However, you can now use it in most 4K TVs from Samsung, Sony, LG, HiSense, Vizio, TCL etc.

In the end of 2019, Google revealed that YouTube TV had more than two million subscribers. This is less than Sling subscribers, yet it’s more than the number AT&T TV Now subscribers.

Although YouTube TV doesn’t have an extensive list of supported devices when compared to Sling TV, there’s a good chance that your device can play it. The app can run on Apple TV, Android TV, Fire TV, Chromecast, Roku OS, as well as Xbox One.

You can also access YouTube TV through Smart TVs produced by major electronic brands such as Samsung and LG. You can also use Vizio SmartCast TVs, all Xbox One models, and iOS and Android devices.

When it comes to the selection of content, YouTube has almost the same channels as Sling TV and AT&T TV. But the biggest difference is the all in one pricing that YouTube TV is offering.

Unlike other streaming services, if YouTube TV doesn’t have the channel that you want, you’re out of luck. For example, you won’t be able to add HBO to your YouTube TV subscription. So, if HBO is important to you, then you may have to pay for a separate service.

But if YouTube TV has everything that you want, then it’s certainly a great value. It has a wider selection of channels compared to the $65 package of AT&T TV Now or the $45 Blue and Orange package from Sling.