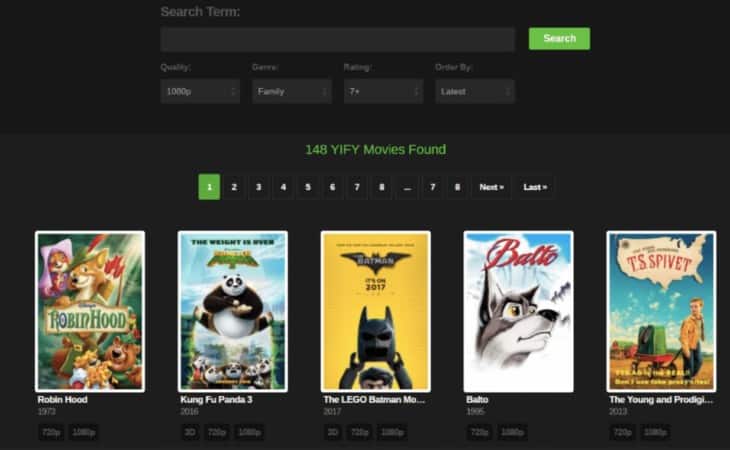 It’s been almost two weeks now since we started covering the events surrounding the recent developments of the torrent communities. We focused particularly on YTS releases.

It all began with the release of information which revealed that the YTS operator shared user information with an anti-piracy lawyer from Hawaii named Kerry Culpepper.

Culpepper is, of course, famous for settling two previous YTS lawsuits. It’s believed that the YTS releases were a part of that overall legal action. The main concern at that time was that this type of data breach would be the beginning of an even larger data breach.

However, we’ve since come to learn that this was part of a one-time arrangement. It only affected users who were shown to have downloaded torrents from a specific server. But, to understand these YTS releases, it’s important to understand the genesis of this situation.

YTS, also referred to as YIFY, was a release group. It worked on a peer-to-peer basis allowing users to freely upload and download movies through BitTorrent. YTS releases were famous for offering high-quality HD quality videos that you could download quickly due to the small file size.

The Motion Picture Association of America initially shut down the original YTS website in 2015. But many off-shoots of the site since came out. In case you’re wondering, YIFY stands from Yiftach Swery, which is the name of the website’s creator or founder.

In October 2015, YIFY users were stunned to discover that the site had been taken down. All with no apparent explanation from the founder or the staff. This meant no new YTS releases for subscribers. An announcement was made on October 30 of the same year stating the ban on YTS releases due to a lawsuit from the Motion Picture Association of America.

This was a multi-million-dollar lawsuit that was aimed at the YTS operator, brandishing him as a facilitator of copyright infringement. Luckily, the case was settled out of court and there was never any litigation. But Swery was required to sign a non-disclosure agreement as part of the deal.

Records show that there was complete cooperation on Yiftach’s side. He confirmed this on a Reddit AMA where he stated that he was never going to put up a fight when push came to shove.

The good news is that some YTS users were spared. Not everyone’s identities or data were revealed to the authorities. However, the few whose IP addresses were released now face settlement demands and might face a similar fate to that of the YTS operator.

This caused torrent operators across the Internet to put their guard up knowing that they might end up in the same predicament. However, they also showed their solidarity by posting YTS releases on their own websites.

For instance, Torrent site 1337x posted the YTS releases first, followed by others. But, this action was soon followed by a complete ban of this and similar YTS user accounts.

If you were to check the site today, you’d find that it still contains older releases but no new uploads. The same goes for similar sites like EZTV if you have an account with them.

As we mentioned, Torrent 1337x was the first to post YTS releases on their site. They were soon followed by Torrent Galaxy and Glotorrents. Soon after, ETTV and KATcr did the same. There are many other sites that are now sourcing content from these sites. This made it virtually impossible to track and put out the fire.

TorrentFreak released a statement saying that they decided to ban YTS releases in order to protect the privacy of their visitors. Later, GlotTorrents took a similar decision when it banned EZTV and YTS user accounts. There appeared to be a correlation between the two.

A Glotorrent spokesperson stated that they would rather protect their users’ privacy instead of allowing behavior that they don’t even condone to continue. So far, there has been no response from YTS after these actions were taken by other torrent websites with which they shared much of their target audience.

These actions also seem to have triggered the lawyer we mentioned above who was responsible for the YTS lawsuits. Culpepper has since issued subpoenas against Cloudfare with the intention to find out who the operator of 133x is.

While we wish that we could say that that is the end of that, it doesn’t end there. We discovered at some point this week that the lawyer was able to obtain two new subpoenas targeting GloTorrents and TorrentGalaxy. This was in a bid to continue the ban YTS releases.

The subpoenas are aimed at gaining domain registrations of certain .to users.

The lawyer decided to take these actions in order to show that torrent websites have the power to control what happens on their websites.

He further stated that the subpoenas are there to enforce owner rights. This is because after all, they have the ability to moderate and control the editorial contents of their platforms.

There’s no telling what Culpepper plans to do with the data that will be uncovered from these subpoenas. But, a lot of the torrent sites involved have started taking precautions in an effort to protect user and operator identity. The GloTorrents and TorrentFeark teams don’t seem to be much ruffled by this action though.

The ban YTS releases is one of the most interesting stories to come out of torrenting this year. It’s a game-changer for how torrenting sites operate.

As for users, there’s no better time than now to invest in a VPN like IPVanish. Your identity will be protected and that you don’t have to worry about geo-blocking or third-party interference of any kind.

What do you think about the ban YTS releases? How has it affected you, if at all? Sound off in the comments below. We love hearing from you!

🚀SAVE 76% ON IPVANISH
Cyber Month!