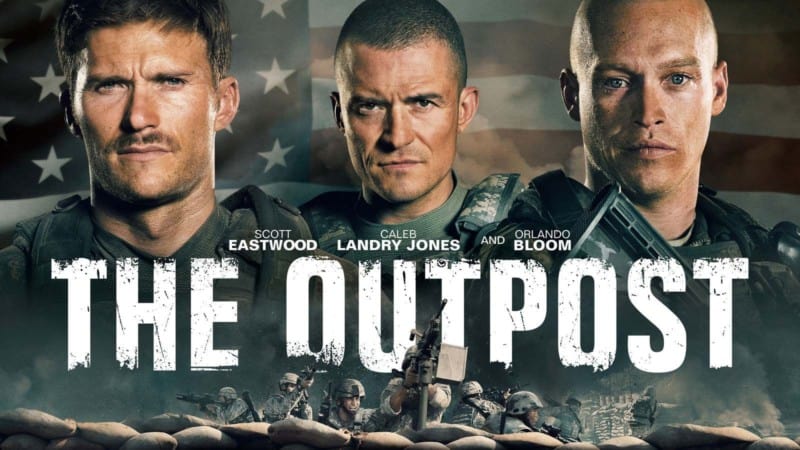 The Outpost Movie is in the headlines for unexpected reasons. According to recent reports, a number of Internet users allegedly shared and downloaded copyrighted content.

As in most cases, the alleged perpetrators are torrenters who decided to perform their illicit activities without the use of a reliable VPN. They made it easy for anti-piracy companies to catch them in the act and hold them accountable.

It’s a well-known practice for these users to share and download copyrighted content illegally. There are currently countless cases being carried out simultaneously in countries like Canada, the US and parts of Europe against what’s often referred to as “copyright trolls.”

Reports state that Outpost Productions filed an action against 841 IP addresses. They were referred to only as “Doe.” They are believed to have uploaded, downloaded and/or shared The Outpost Movie, a newly released 2020 war drama flick.

Filed on the 23rd of September, the action targets defendants who allegedly broke copyright laws. They used torrent networks to access the distribute the movie illegally. The plaintiffs have since received a notice through their ISPs.

Luckily, the only action required from the plaintiffs is to stop sharing the movie immediately. Or they could face the long arm of the law. But, if they obey then no further action will be taken by the plaintiffs.

Nobody Complied with the Cease and Desist Orders

Outpost Production had an anti-piracy group handle the case on their behalf. The group reported that the users continued to view and distribute the film despite receiving notices not to.

This was observed through seeing continued sharing of the movie through BitTorrent swarms. As a result, all 841 IP addresses were sent a second notice. This time indicating that legal action may be taken against the defendants.

The Second Notice states that the defendants failed to adhere to the requests set out in the first notice. They were therefore continuing to violate the Copyright Act. This act makes it illegal to download, distribute or advertise copyrighted content without the authorization of the creators of that work.

The “Does” haven’t yet been identified as they haven’t provided their true names. However, the plaintiffs have uncovered the date and time logs at which they accessed and distributed The Outpost Movie, information which was acquired through the Does’ ISPs.

The claim states that the Doe is responsible for the act only if the reflected IP address is utilized by one device. This means that if it so happens that the Doe’s who own the machines to which the IPs are unaware of what’s happening, they’ll be required to identify the person who was using their device at the time and date of the alleged action.

According to the plaintiffs, it shouldn’t be difficult to find the ISP customers using their IP addresses. This would lead to a further examination of the customer.

How Does the Identification Work?

Most homes share a single ISP connection that’s utilized by several different people. Typically, each user is doing their own thing completely unrelated to another.

This makes it difficult to identify a single user as the particular perpetrator in such cases, especially when multiple devices use the same ISP at the same time and in the same location, which is often the case. To solve this problem, agencies will simply pin the action on the bill payer.

This does in some cases lead to blaming innocent parties who are believed to have allowed copyright infringement to take place through willful blindness or negligence. The argument is that a bill payer should have enough oversight over the use of their account. They should be aware of how Internet devices are being utilized under their IP address.

Now The Outpost Movie case involved 841 IP addresses that have yet to be researched. However, initial findings show that 100 of these addresses belong to several Canadian ISPs. These include Telus Communications, TekSavvy, SaskTel, Rogers, Eastlink, and Bell.

The Injunction and Damages Claim

The Outpost Movie case aims to acquire financial compensation for the copyright holders whose rights were infringed upon by the defendants.

How do agencies identify IP addresses through their ISPs? By using the Norwich Order which makes it possible for plaintiffs to file a case against IPSs in an effort to coerce them to cooperate in revealing the names and addresses of the IP addresses involved in the action. These can then be made available to the plaintiff.

TekSavvy is known for having strong protections in place for its customers against such actions. This is one of the reasons why it’s so popular. However, it’s unclear whether or not they will try and fight for their customers in this action in order to protect that reputation.

What we do know is that the Doe defendants have received a case copy from the court. This gave them the option to muster a defense if they’re able to. However, they must do this within 30 days of the claim or else face the consequences.

Aside from The Outpost Movie case, there are many other similar actions being brought forward by the makers of movies like Rambo: Last Blood and Angel Has Fallen, who have suffered a similar fate. These cases involved more than 3,300 defendants and date back to February this year.

However, some of these cases have reached a settlement and involved the popular torrent site YTS. The site’s operator swiftly complied by proving usernames and details in order to reach an amicable settlement. This means that many of these users will be held accountable for consuming copyrighted content and will have to pay settlement amounts.

It appears that the only way to protect oneself from this would be to use a reliable and fail-safe VPN like IPVanish. IPVanish doesn’t maintain a database of users or history log.

What are your thoughts on The Outpost Movie saga and what are you doing to protect yourself on the Internet?

Let us know in the comments below!

Definitely we all need to use a VPN asap

I used Nord once and not really satisfied with the speed. I would recommend the same as wst
try IPVANISH

Thank you for sharing this info