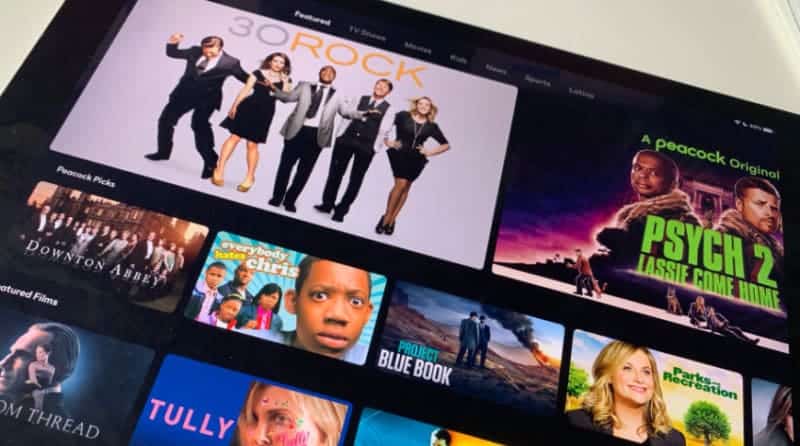 Peacock TV is here at last. It may be a late entrant in the already crowded TV streaming scene dominated by the likes of Hulu, Apple TV Plus, Disney Plus, Netflix, HBO Max, and Amazon Prime Video. But Peacock TV promises to bring a much-needed change in terms of content and pricing to live TV streaming.

In this post, we cover every important thing you need to know about the Peacock TV app. We will also show you how you can use the streaming app to watch TV shows, News, sports, and movies.

What is Peacock TV?

Peacock TV is a streaming app launched on July 15th 2020 by NBC Universal, which is owned by Comcast.

The TV streaming app was launched across the United States with thousands of hours of TV shows, movies, and originals. NBC is a popular broadcasting company. This means viewers can expect loads of content on the Peacock TV app’s free and premium programming.

Peacock TV is available in a free and paid subscription with a 7-day free trial. You can also sign up via a Google platform such as Android and enjoy up 3 months of free viewing. The streaming app from NBC Universal is packed with informative and entertaining content. This includes everything from movies, originals, TV shows, sports, and news.

It has a good mix of original series, movies, old favorites, and entertaining TV shows to stream all day and night. You’ll even get most of the NBC sitcoms. This includes Brooklyn Nine-Nine and 30 Rock as well as classic movies like ET: The Extra Terrestrial and Jaws just to mention a few.

How Can I Watch Peacock TV?

At the time of writing, the Peacock TV app is available for a wide range of devices. They include Apple TV, Android, Android TV, Chromecast, Xbox One, iOS, Vizio SmartCast TVs, and LG Smart TV. An app for PlayStation 4 will be released soon.

The app is currently available for all Apple devices. You can download it from the app store. Android users can download the Peacock TV app from Google Play Store. It’s also possible to stream Peacock TV content on Windows, Mac, and Chromebook devices using a desktop web player.

However, Peacock TV cannot be downloaded directly from your Amazon Fire TV, Firestick, or Roku. The app’s download option isn’t yet available for Roku and Amazon Store customers. This is a major downside for Peacock TV. That’s because Amazon and Roku are the leading manufacturers of TV streaming devices at the moment.

The good news for Amazon customers is that it’s still possible to get the Peacock TV app on your device and enjoy all the free and premium content from NBC. Check this article on how to install Peacock TV on Firestick.

After you have downloaded and installed the Peacock app on your streaming device, you’ll need to create a Peacock account. This is actually free of charge. Once you have your Peacock account, you can start streaming Peacock TV’s wide huge collection of movies, TV shows, News, and sports content on your device.

So, what can you watch on Peacock TV? Well, the service offers you over 20,000 hours of content drawn from the huge catalog of NBC TV shows.

A majority of the movies and TV shows are accessible on the free subscription. This includes popular shows such as Parks and Recreation, 30 Rock, Psych, Downtown Abbey, Monk, Saturday Night Live, Monk, Royal Pains, Battlestar Galactica, Matrix, Columbo, Phantom Thread, Jurassic Park, and many more. The popular NBC show The Office is expected to start showing on Peacock TV in 2021 because Netflix still holds the rights to the show until the end of 2020.

Subscribers of Peacock Premium are also set to enjoy even more content and popular shows. These include House, Law & Order, Two and a Half Men, Frasier, Shrek movies, and Ray Donovan just to mention a few. Peacock Premium also comes with original movies and shows including popular titles such as Psych 2: Lassie Come Home, Intelligence, Brave New World, The Capture, and reboots of Punky Brewster, Saved by the Bell, and Battlestar Galactica among others.

You also get plenty of live content on Peacock TV including NBC’s curated news and sports content such as the 24-hour NBC News channel, Premier League soccer games, and late-night shows like The Tonight Show Starring Jimmy Fallon and Late Night with Seth Meyers. Peacock has just about everything for the whole family entertainment. It even has a good selection of cartoon shows for the kids.

Well, there’s no escape from commercials if you’re on the free tier. One of the key reasons why Peacock is comparatively cheaper than the rest and even free for some viewers is because the service is ad-supported.

Fortunately, you won’t be seeing plenty of ads. This is because, as the service promises, ads are only limited to no more than 5 minutes every hour.

The only way you can opt out of ads is by purchasing a paid subscription of at least $5 per month. This is actually quite reasonable given that the subscription also gives you access to a lot more premium content.

In terms of pricing, Peacock TV is available in two tiers of subscription namely Peacock Free and Peacock Premium. Naturally, Peacock Premium gives you more content than the free version at a small cost.

Peacock Free is as the name suggests completely free. It’s an ad-supported version that gives you more than 13,000 hours of programming.

The free tier also includes a good serving of classic TV series and a good selection of popular movies.

You also get access to curated news and sports programs, Spanish content under the Latino tab, and a few episodes of Peacock original shows.

The Peacock Premium tier comes with over 20,000 hours of entertaining content. You can easily tell which content is available for premium subscribers by a purple label on the top right corner of movie or show titles on the app’s content icons.

You can even catch up with your favorite shows such as The Tonight Show with Jimmy Fallon or Late Night with Seth Myers on Peacock Premium at 8 P.M and 9 P.M respectively in the evening.

If you’re not a Comcast or Cox cable subscriber, you can get the ad-free version of Peacock Premium at a cost of just $9.99 per month. Meanwhile, all Android TV users have full access to the free ad-supported version of Peacock which gives you up to 70% of the app’s content.

If you live outside the United States, you may have to wait a little longer before you can access the service. At present, Peacock TV is only available in the U.S and NBC Universal hasn’t yet announced their plans to take the service to other countries.

However, this doesn’t mean that you cannot watch Peacock TV’ app’s content if you don’t live in the US. You can easily circumvent Peacock TV’s geo-restriction using a reliable VPN service such as IPVanish. If you connect to the service via a VPN server located in the US, you can access Peacock TV’s content and other geo-restricted services such as US Netflix and much more.

IPVanish is one of the best VPN providers that you can rely on to access Peacock TV app content from any location worldwide.

Besides helping you to unblock geo-restricted content, IPVanish offers great speeds. It also comes with a high level of security, and zero IP address or DNS leaks. Your data is secured via the OpenVPN protocol. This protocol uses top-grade AES 256-bit encryption. This is the same data encryption used by banks and other organizations dealing with sensitive data.

IPVanish works perfectly on most smart TV devices including Amazon Fire TV, Firestick, and NVIDIA Shield. You can use the VPN on up to 10 devices simultaneously. The VPN is also available at a great discount and a 30-day money-back guarantee.

Best of all, IPVanish has their own network of servers spread across the globe. This significantly helps to improve access, speed, security, and performance. You can use IPVanish to watch all your favorite content on the Peacock TV app. This is even if you’re not located in the US.

The Peacock TV app may be a relatively new streaming option in the already crowded scene. But it gives you access to the hugely popular NBC Universal library of original content. It’s a great app with content for the whole family.

Unlike its rivals in the streaming market, Peacock TV has a greater selection of free-to-watch content if you can stand the occasional ads. To get rid of the ads, you only need to upgrade to an affordably priced premium tier.

Keep in mind that Peacock TV is only available in the United States. But fortunately with a reliable VPN such as IPVanish, you can access the streaming service from any country or location worldwide.

Let us know in the comments below what you think about the Peacock TV app!